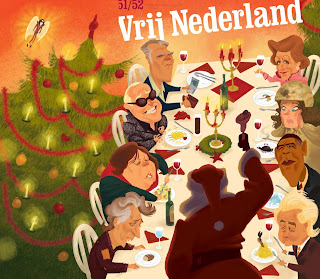 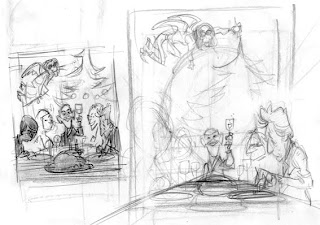 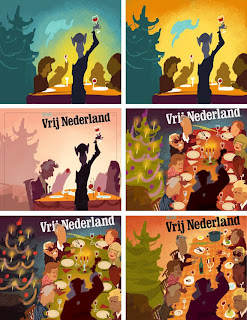 I illustrated the VN cover for the christmas issue. The job was strictly directed, so during the making, I created many versions, to get to the final cover.
For some reason they decided at the very last moment to cut off the left part , with the chrismas tree and Michael Jackson, and only the table with the people eating appeared on the cover.
The cover appeared troughout the coutry. Below : an advertisment in Amsterdam. 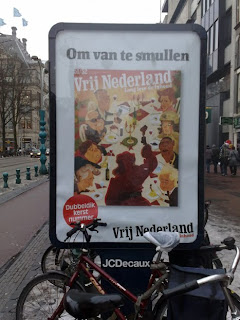 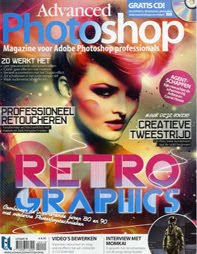 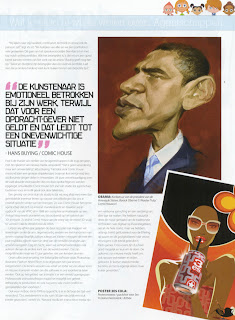 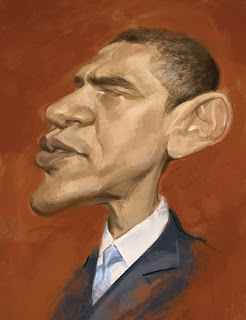 aA while ago, my Obama caricature was published in Advanced Photoshop magazine.
Geplaatst door Unknown op 1:33 AM 4 comments: